Here we go to the land of promise,13 months of sunshine, home to Walia Ibex and uncolonized African country situated in the very top of the continent, Ethiopia! Today I would love to take you to this country’s diverse root cultural showings very quickly. With over 80 ethnic groups, Ethiopia boasts  of a diverse musical taste, food varieties and wide spectrum of cultures in general. So, without further ado, let’s start looking at them.
The Food culture in Ethiopia
While making your way towards Ethiopia, you will definitely find a plethora of food choices. You may even wonder which ones to eat and which not. Don’t worry this article will walk you through the popular foods you could ever find almost throughout the country. Because the pattern to preparing and eating the food is somewhat similar elsewhere, you will not have that much of a problem getting used to the typical cuisine served on most Ethiopian restaurants.
When it comes to food, Ethiopians boast on their flat-bread locally known as Injera. Injera is everywhere. It is accompanied by different stews locally know as Wot. It is the  wot that varies not the injera.

Most Ethiopians are members of the Ethiopian Orthodox with Muslims and Protestants following. As a result, their eating style is highly affected
by their religious beliefs. Rest assured that you won’t find many restaurants that serve pork, just for your information. They have different foods for different occasions and particular days! So it is better to know the local timetable as to order and get your foods.

Let’s start listing out those foods we’re all waiting for:- Beware you might get hungry!

Doro Wot is literally translated to chicken stew. It has a lot of ingredients and recipes to prepare such as wot berebere spice, cooking red onions and chicken among the common ones. Doro is served only in certain restaurants as making it takes a lot of time and effort so even Ethiopians mostly eat this wot only on religious holidays and certain special occasions. There are also other foods similar to how this might be preparedsuch as Key Wot and Minchet.

Kitfo is a raw lean ground beef that is served a lot in traditional Ethiopian restaurants especially those who represent the Gurage ethnics. It is common in the South part of  Ethiopia. While Addis Ababa also boasts serving Kitfo as a primary food in their dish. You will find Mitmita(a hot spice kind of chili peppers) common in this steak-like type of food.

Mahberawi is a meat mixed plate with a lot of variety of wots that are all made frommeat. Among these foods key wot (beef stew), tibs (beef or lamb cooked with butter), and kitfo (ground beef). This food is recommended if you are eating in a group as this is served in one plate so common among Ethiopians for social gatherings.


Shiro is a chickpea stew that is the common and cheap Ethiopian food in the through out the country. The reason for its popularity, besides being cheaper to prepare to make, is that it can be eaten while on a fast so it’s a perfect choice for vegetarians. You will find it as the primary variety in Beyaynetu.

Beyaynetu locally also known as Yetsom Beyaynetu literally translated to a mixed plate for the fasting period. The fasting period is typically on Wednesday and Friday where most Ethiopian Orthodox believers do not eat meat and any dairy products. Lentil andpea stews are the primary ingredients of a typical yetsom beyaynetu. In small restaurants, lentil can be served alone but most of the time it comes along with wide varieties such as misir wot, misir kik, gomen, alicha kik, and timatim sils. 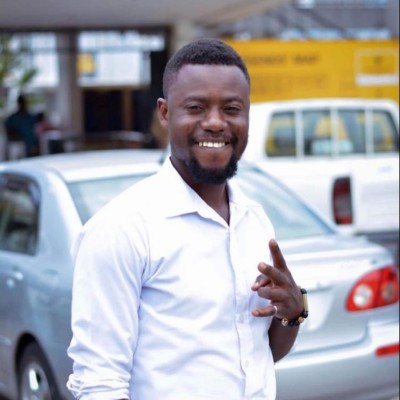 The 3 Hottest Places In Accra To Have A romantic Outing

A Glance At Ethiopia’s Musical Culture

Three Amazing Foods You Absolutely Must Try When Visiting Ghana

A Glance At Ethiopia's Musical Culture